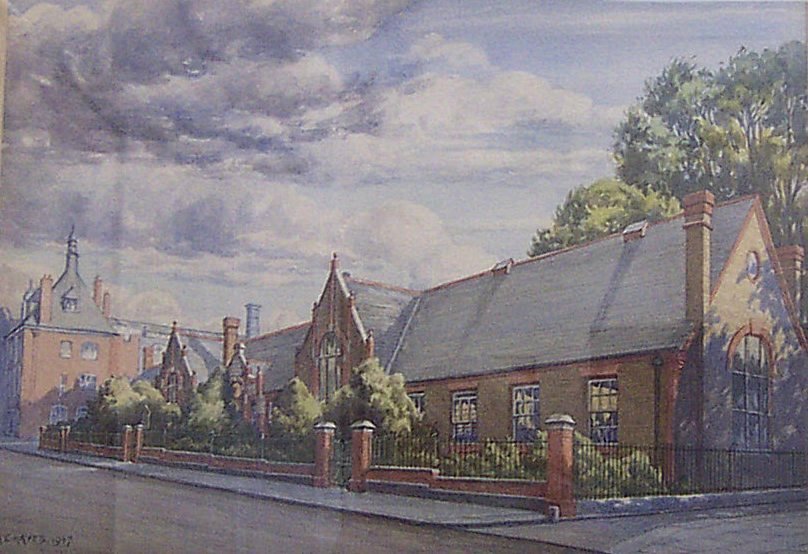 The re-founded school was further financed by a complex scheme of the Charity Commissioners, made in 1890. By it, the school was subsidised further by the diversion of funds from yet other Walthamstow charities, notably the dole charities of Rigg, Sims, Banks, Legendre, Collard, Harman and Bedford, and the Apprentice Boys' Charity of Mary Newell. These charities produced about £145 annually. There was a certain degree of opposition to the 1890 scheme from some townspeople, led by J. J. McSheedy, a Radical and perpetual opponent of the Walthamstow establishment. They accused the Governors of financial mismanagement, and certain of them of open dishonesty. But behind this lay a total unwillingness to accept that money left to the poor of  Walthamstow should be diverted to "educate the sons of gentlemen", as one of McSheedy's round robins dated September 1891 had it.

For this point of view there was certainly some justification. By the 1884 and 1890 schemes, there were to be about 25 free places at the school. On the basis, however, of the school fees at this time being £6 per annum, the income lost to the authorities was some £150. Over £300 per annum, however, was being appropriated from the charity account - £145 from those listed above, £130 from the Inhabitants' Fund of 1650, and £50 from Wise's charity. Thus there was indeed an effective subvention to the school from funds originally intended for relief of the poor.

The social composition of the school in l890, though not quite of a nature accurately to be described as "sons of gentlemen", was certainly not representative of the town as a whole. In l887-8 no less than 67 % of the fathers of boys admitted were in the professions, clerical workers, or retailers. In 1902, this figure was 79 %. In the national census, these groups accounted for but 13 % of Walthamstow's population.

It is worth mentioning here that, from the 1890s a number of Monoux boys were prepared for entrance to Christ's Hospital at the age of 13. Cambridge Local Examinations were taken, and a number of boys also sat for the Civil Service Third Division or L.C.C. Clerical Class examinations at the age of fourteen. There was no uniform, but during the 1890s certain boys wore a clerical type habit about which little is known, though it may have been in connection with Christ's Hospital admission. There was also a red and black cap, awarded for success in sport.

Sir Reader Bullard, a Walthamstow boy of the 1890s, who attended first Bancroft's School, and then the Monoux School, even whilst a pupil realised the root causes of the school's problems; the lack of money, and the comparative lack of scholarship of the staff. Bullard, it may be noted, though obviously a brilliant pupil in the elementary school he attended, failed the Monoux entrance examination, probably because of the number of subjects required, which then included shorthand or drawing.

H. A. Allpass was earning £500 per annum as headmaster when he resigned in 1903 because of ill-health. He recommended William Francis Spivey, the second master, to be his successor. The Governors acquiesced in the choice of Spivey, but took the line that they could no longer afford to pay him £500. They invited the Board of Education to concur in an open defiance of the 1884 scheme, by which the minimum salary permissible was £400. This the Board refused to do; but the Governors  adopted an artful compromise, whereby they paid Spivey £500, but expected him to employ the woodwork master (at £100 per annum) out of his stipend. They also failed to advertise the post publicly as the scheme required. No doubt they saw this as a proper course in the circumstances, but it had the effect only of procuring a further existence for the school on the verge of penury. Spivey was always patently very highly regarded by all who knew him, whether boy or master, but in the light of subsequent reports it may be doubted whether he was as ideal a Headmaster as the Governors obviously thought.

The state of the school twenty years after re-foundation is shown in several ways. The first of these are the Inspectors' Reports, the second is Michael Sadler's very thorough examination of secondary education in Essex, and the third by the various, and numerous, accounts of former masters and pupils.

Of these, Sadler is probably the most valuable in placing the development of the school into the context of the times. By 1900, Walthamstow had grown almost to its optimum population. If we think, then, of the vast number of houses erected since 1900, we may envisage something of the social fabric of the town in the first decade of this century - a much larger family size, a much more densely packed population, predominantly young families. Most of these were skilled artisans - only 13% were professional, commercial and clerical persons, and less than 10% unskilled labourers. Because of the profusion of large growing families, the educational system had to be in a state of continual expansion; and a walk through Walthamstow even today will provide plenty of proof of the School Board's endeavours and success in providing elementary school places in their large, two-storeyed, neighbourhood schools.

Secondary education in the country as a whole was less well provided. The private entrepreneur was a common aspect of the system, with the large municipal, or county, higher school much less so. The Monoux School had been re-housed in 1889, the plans having been drawn up some years previously. Between 1885 and 1910 Walthamstow's population had increased by 300%; the population under fifteen years of age by an even greater percentage. Hence the accommodation had become inadequate. Moreover, the total income for school purposes was extremely low - £135 from the foundation, £365 in government grant, and £250 from the county were received in 1903-4. Fees brought in just over £800. The resources were, then, at a very low level. Some boys at the school at the time of Sadler's survey had come from the Council elementary schools (44%). Rather more had private primary education (53%). This again reflects the fact that the 13 % of Walthamstow's population engaged in professional and clerical work provided a disproportionately high number of the Monoux pupils.

This in part illustrates that secondary education was given a low priority in the accepted way of life for working-class children. It is largely forgotten these days that such families, often of six or seven children, could live adequately only if children were sent out to work at the earliest possible age. The chances of a boy in London and its suburbs in 1892, for instance, gaining a scholarship to a secondary school had been calculated as 170 to 1. But the inhabitants of Walthamstow in the early part of this century were beginning to have rather higher aspirations for their children, and it is probable that real poverty in the town was low. Many of the artisan families could manage to keep their sons longer at school, through higher earning capacity. Sadler informs us that perhaps 75% of leavers entered the professions, the Civil Service, or city offices as clerks. The last named was the most popular, with only about 15% entering the Civil Service, and 7 or 8% the professions. Hence it is clear that the Monoux School offered, even in its condition in 1905, a means of social advancement to the middle strata of Walthamstow society.

The fees at the school were £6 per annum for the older boys, with an extra 24s. a year for books and the like. Only six or seven scholarships were available for the annual intake of 45. These were preferentially awarded to boys from Walthamstow council schools.

Sadler's report on the school, if optimistic, was in general adverse. His main objections were to the inadequacy of the buildings and the consequent restrictions placed on the teaching. This was, of course, only part of the school's perennial problem - the lack of funds, which was probably at that time insoluble. Sadler's assessment of the teaching was also low, and he particularly disapproved of the arrangement of the curriculum. He argued that in view of the future careers of the bulk of the pupils, excessive time was spent on science and mathematics. The reason for this disproportion was, again, the lack of funds. The Board of Education had a special grant available to secondary schools able to provide an experimental science course, and which could provide a certain standard of teaching in the subject. This was an essential part of the Monoux School's income, hence the timetable had at some time - probably in 1895 or l896 - been adjusted to provide the required amount of natural science teaching. In fact, the proportion of science teaching in 1906 differed little from that of the 1960s. By an accident of administration and financial necessity, the school's curriculum provided a modern (i.e. a post-World War II) subject balance in Edwardian times.

Sadler's solution was to amalgamate the school with the Technical Institute day school, which had been founded in l897 by the then newly constituted Urban District Council. The Institute was co-educational from the beginning. By 1905 it catered for just over 200 children, of which girls were in a considerable majority. In effect, it provided a four year secondary course at eleven plus, and at thirteen plus a two year higher elementary course. Again, there was a scientific bias to the teaching in order to earn the Board of Education special grant. Sadler was much more satisfied with its teaching, which he saw as progressive and enthusiastic compared with the technique of the Monoux masters, which he regarded as outmoded and
pedestrian.

Sadler was an advocate of single-sex education, and advised accordingly that the Walthamstow High School for Girls (of which he approved without reservation) should, in effect, take the Technical Institute girls, whereas the Technical Institute/Monoux amalgamation should be in essence a take-over by the former, with the Monoux name being retained for historical reasons, if it were thought desirable.