Professor Sir Alan Fersht attended Monoux between 1954-62. He served as a Prefect 1961-62, Captain of Chess 1959-62 with colours (Essex Junior Champion; 1959-60), Captain of Bridge, School Council, Senior Circle, 'Bulletin' editor; Science Society, Hon. Bursar to Prefects and Physics Lab. Assistant. He received a State Scholarship in Physics and Chemistry prior to taking his place in 1962 at Gonville and Caius College, Cambridge. 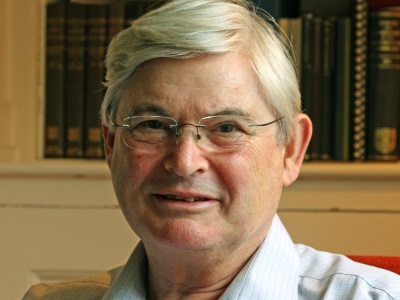 Sir Alan is an internationally renowned molecular biologist. He has pioneered many new fields in protein sciences and is a group leader in the MRC Laboratory of Molecular Biology, Cambridge. He previously held a Royal Society professorship at Imperial College London and has recently retired from the Herchel Smith Professorship at the Chemistry Department, Cambridge University. He has been awarded numerous honorary degrees. Amongst the many recognitions he has received are three medals from the Royal Society London: the Gabor Medal (1991, Molecular Biology and Biotechnology), the Davy Medal (1998, Chemistry) and the Royal Medal (2008, Physical sciences). He is fellow of the Royal Society and a foreign member of the three major US academic societies: The National Academy of Sciences; The American Academy of Arts and Sciences; and the American Philosophical Society. Sir Alan was knighted for services to protein science in 2003.

At school, Sir Alan demonstrated a keen interest in chess and has maintained this ever since. You may find out more by following this link to his chess website; British Chess Sets

The Fellows of the Caius College elected Professor Sir Alan Fersht FRS (Caius 1962) as Master of Caius, from 1 October 2012.

The Copley Medal 2020 is awarded to Sir Alan Fersht FMedSci FRS. He has developed and applied the methods of protein engineering to provide descriptions of protein folding pathways at atomic resolution, revolutionising our understanding of these processes.

Sir Alan will be presented with a medal at the Royal Society at a future date.