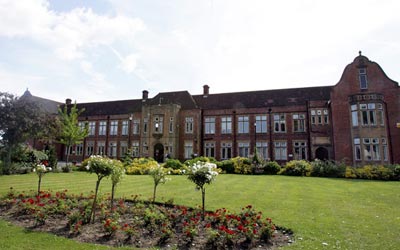 The Monoux School itself became a co-educational sixth-form college, one of two in Waltham Forest, the other being the former Leyton CHS for Boys. School sixth forms in the borough were abolished. The idea of creating 16+ colleges was tried in some areas in the 1960s, but it was the Labour government's green paper on education of 1976 that carried the idea further. In the first edition of this book, published in 1977, I wrote that if the 16+college idea was tried in Waltham Forest, then the central situation of the Monoux buildings made it an obvious location. This, and the size of the site, which permitted the expansion needed for specialist teaching facilities, were important factors. The original thought was that one college would specialise in arts, and the other in scientific, subjects. Another factor was rationalisation. In the 80s, LEAs were under considerable pressure to make savings, especially where population was falling, as in Waltham Forest. "Falling rolls" was a catchphrase of the times, and LEAs had to devise plans to cut the number of places to match the numbers of children. Sixth form colleges concentrated higher-level teaching into only two establishments, and permitted the closure of ten separate sixth forms, some of which were small.

With the conversion of the school into a college (with the name Sir George Monoux College) came also co-education, and the return of girls to the Monoux foundation's purview after a gap of 170 years The newly appointed principal was a woman, too, Corinne Moffett.

The new building at the back of the site, called the "Centre", was designed by Joanna van Heyningen and Birken Howard, and opened on 5 April 1990 by John Dankworth, the jazz musician, and Old Monovian. It was further extended in 1997 by the addition of an upper storey, and in 2000 by a conservatory.

Another cogent factor in the school and college's development was the Greenwich judgment. This law case, in 1989, provided that an LEA could not refuse a place in one of its schools to a child solely on the grounds that s/he lived outside the LEA's area. This co-acted with the concept of parental choice of school, which was vigorously promoted by the Conservative government, as it had been honoured in the breach in the 60s - there was choice if you passed the eleven plus, to an extent, but not otherwise -- with the idea of encouraging schools that obtained good results and allowing those that did not to wither on the vine. After 1989, Waltham Forest could not refuse entry to
the Monoux College on the basis of catchment.

Colleges throughout the country were taken out of the control of LEAs altogether by virtue of the Further and Higher Education Act 1992, which instead set them up as corporations, directly funded by central government. Curiously enough, this Act was an indirect result of the abolition of the unpopular Poll Tax, or Community Charge, because part of the settlement had been that some items would be withdrawn from local funding, and added to the charge of central government. Non-school-based 16+ education was one of them. 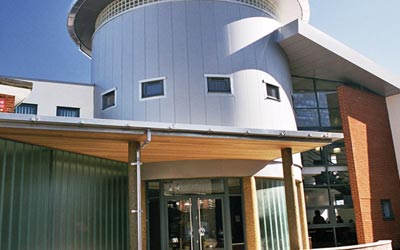 The College now has some 1,500 students aged 16-18, who are studying for a wide range of A and AS level subjects, plus courses leading to the GNVQ. Some 200 a year go on to university or other higher education courses, including 5 in 2001 to Oxford or Cambridge. Academic attainment is therefore at a high level. The students are from a diversity of ethnic backgrounds, reflecting the sector of east and north-east London from which they are drawn. Perhaps not so many come from the north of Waltham Forest because two of the 11-16 schools, Highams Park and Chingford, re-established sixth forms whilst grant maintained, and therefore outside LEA control. An excellent OFSTED report was published as this book was going through the press, and an extensive new building, in place of the 1960 changing rooms and to their south, was due for completion in autumn 2002.

How then do we summarise the changes of the past 35 years?

Firstly, we must appreciate that the social and ethnic composition of Walthamstow has changed, and indeed, is changing. In the Monoux school of the mid-60s, there were perhaps ten boys from 650 who were non-white. There was a very sizeable Jewish contingent, who had their own worship, religious classes, and assembly. Large numbers of people from Afro-Caribbean and Indian sub continent origins moved into the area, each group with its own cultural diversity and educational aspirations. During the 70s, the middle-class proportion of Walthamstow society decreased, and during the 80s and early 90s, the rise of private schools was notable. By the late 90s, there was
evidence of some gentrification in the town; indeed, the Evening Standard reported Walthamstow was the next place to be colonised by the "pecuniarly-challenged intelligentsia" displaced by high prices in Clerkenwell and Hoxton, and three well known writers, Chris Moncrieff, Peter Hennessy, and Mick Hume, made no secret of their residence in the town.

The growth of the comprehensive school was to some extent a natural evolution from the grammar school of the 1960s. The 1968 change was not as final or as destructive as many people at the time thought it would be - and, historically, certainly not as drastic as the changes that occurred during the parish's control; or in 1820, or after Griggs' death. The transition to a college could be seen as an amalgam of the two preceding systems.

One can be sure also, as I wrote in 1977, that the present will not remain long unchanged itself. As the first edition of this book went to press, the Government issued a Green Paper on the educational system; raising the idea of the abandonment of sixth forms in schools, and the setting up of a sixteen plus college system. Discipline, educational attainment, and teacher training were even then all being vigorously questioned, as part of James Callaghan's "Great debate on Education". Indeed, I had to insert an additional section in the book to mention them, not a course that was undertaken lightly in those days, when printing was still by hot metal. I am reminded that
the first edition of this history was produced by a method that Caxton himself would not have found difficult to understand, and I wrote it in longhand. Now I type it myself on a PC, editing the scanned text of the 1977 edition as well. 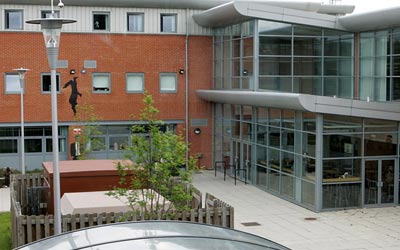 As in printing over the last 35 years, so in education. But there, the analogy ends. As far back as the mid-eighteenth century in the history of Monoux's school, there has hardly been a period of twenty-five years when some fundamental change has not taken place. It has typically and promptly reflected educational and social thinking in the country at large for 450 years, and will no doubt continue to do so - in the history of the Monoux school, status quo are words with but transitory meaning.

Perhaps, by coincidence the buildings and their surroundings symbolise more of the history of the school and of Walthamstow than does the complex history of education in Monoux's foundation. Firstly, the almshouses, though changed by bombing, and surrounded by more modern buildings, suggest still the unchanging rural Walthamstow of the School's first 350 years. Second, the High Street building, except in the days of its infancy, surrounded by commerce, industry and urban toil; the product of a vastly changing town, whose population doubled with each census. Then, the large Chingford Road site, made in the time of Walthamstow's northward suburban expansion, on an altogether more spacious scale. And that simple E-shaped building became, by addition after addition, a complex campus of many buildings in different styles, reflecting the changing physical build-up of Walthamstow over the same period.

Every salient point in the Monoux School's long history reflects to some degree the development of society, whether in Walthamstow, or in the country at large. It has survived, despite many vicissitudes, because on the whole it has adapted to them. The history of Monoux's School is one of varying fortunes, and attainment between mediocrity and excellence. If an institution can learn from its past, the college has many an example to follow and many a problem to avoid.