CAMRA’s East London & City branch were saddened to learn of the death of former ELAC stalwart Julian Farrow who suffered a catastrophic burst ulcer and passed away on 9 November in Rojales, near Alicante, Spain. He was 65. His funeral was held on Thursday 14 November which several of his close friends from the UK attended. He had just taken out Spanish citizenship after a lengthy period of administration, which included him learning Spanish. 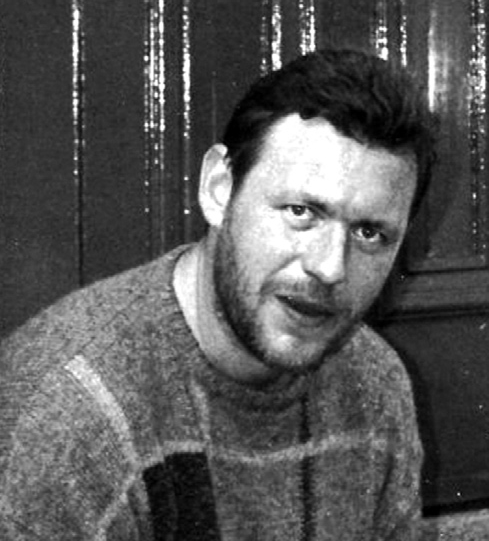 Julian was, with Ted Eller, instrumental in setting up the first local beer festival in 1982 and he lived in walking distance of it. He was a big lad and at closing time at the festivals would talk the customers out of the door despite some thinking he was going to throw them down the steps. I never saw him angry or upset. Julian was a foster parent before he stopped playing for the East London & City darts team and left his job with the local council to run the Ship & Blue Ball in Shoreditch before moving on to, among other pubs, the Alexandra Hotel in Chatham. He spent a short period at the Ropemakers, also in Chatham. In the last few years of his UK life he was a school caretaker. In 2017 he took early retirement and he moved to Spain with his wife Sue.

It was from Julian’s living room that the first East London & City Beer Guide was produced, using an Amstrad PCW computer to process it into a form which we could sent to the printers. One Sunday I left the nine pin printer churning out the pubs of EC1 on continuous stationery to cycle home for lunch. On my return it was just finishing its 96 pubs!

Julian was a keen musician in later years and played bass guitar in rock and blues bands. Much earlier in his musical life he had a few gigs with Wishbone Ash as their bass player. He was a keen motor cyclist and owned a Harley Davidson for several years during his time in the Medway Towns.

the magazine from the London branches of the Campaign for Real Ale.